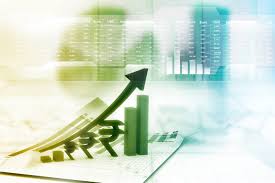 According to index of eight core industries released by Ministry of Commerce and Industry, eight core infrastructure sectors grew by 5.3% in February 2018. It was mainly due to robust performance of refinery products, fertilizer and cement segments. The core sectors expanded by 6.1% in January 2018 and it grew by just 0.6% in February 2017. Cumulatively, these 8 sectors grew by 4.3% in April-February 2017-18 against 4.7% in the same period last fiscal.