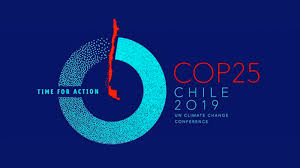 On October 30, 2019, the Chile Government cancelled the Asia-Pacific Economic Cooperation (APEC) summit and the COP25 conference due to the ongoing protests in the country. The country’s president in a press meet said that the ongoing violent protests have plagued the country for weeks and it is currently not in a situation to hold international conferences.

While the United Nations is searching alternatives to conduct the conferences, Spain has offered to host COP25. This is the second time a country is cancelling to host COP25. In November, 2018, Brazil withdrew from hosting the COP25 citing economic reasons

The Conference of Parties is the supreme body of the UNFCCC-United Nations Framework Convention on Climate Change. The first COP was held in Berlin, Germany in 1995. The Climate change decisions and solutions of the United Nations revolved around the COP agreements. the last COP 24 was held at Katowice, Poland in May 2019.

Asia-Pacific Economic Cooperation is an inter-governmental forum for 21 Pacific rim countries. These countries account for nearly 50% of the world’s trade and account to 57% of world GDP. It was established in 1989. India is an observer of APEC since 2011 and has applied for its membership.