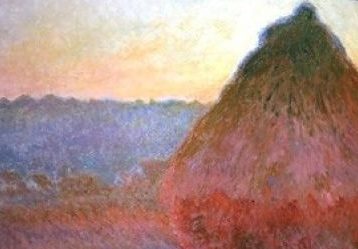 A Painting by Claude Monet’s titled ‘Mueles’ sold for a record-breaking price of $110.7 million at Sotheby’s auction in New York.

Haystack is common English title for a series of Claude Monet’s impressionist paintings. The principal behind subject of each painting in this series is ‘stacks of harvested wheat’.