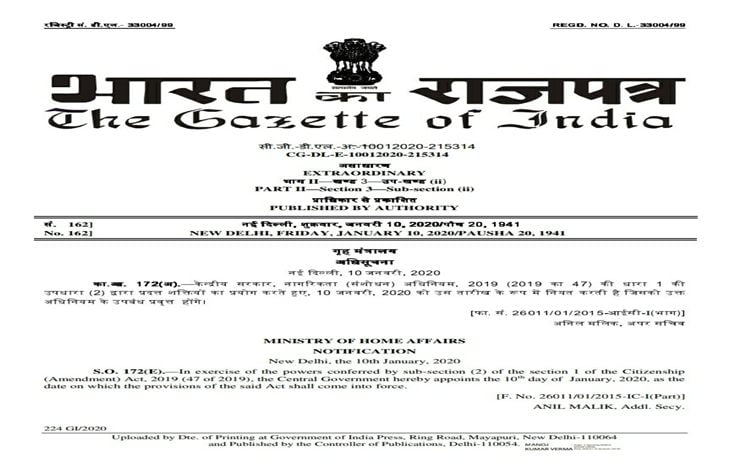 On 11th December 2019, the Parliament of India passed the Citizenship Amendment Act followed by which thousands of citizens including students protested across various parts of the country against the Act despite the continuous assertion of the Central Government that no Indian citizen needs to worry about the new Act, On Friday, 10th January 2020 a gazette notification was issued by the Central Government announced that the Citizenship (Amendment) Act 2019 came into force from 10th January 2020 onwards.

The act will allow non-Muslim refugees who have faced religious persecution in Pakistan, Bangladesh, and Afghanistan and had come to India on or before 31st December 2014 to get Indian Citizenship. Questions were raised by the opposition parties that new Act when implemented alongside the National Register of Citizens (NRC), will be violating the Constitution of India as it singles out one religious community, followed by which Government of three opposition party ruled states- Kerala, West Bengal, and Punjab have said that the new citizenship amended law will not be implemented in their respective states.