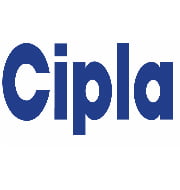 Indian pharmaceutical giant, Cipla has been awarded $188.95 million (around Rs. 1,172 crore) Contract by Global Fund to supply ARV (anti-retroviral) drugs.
Cipla has been selected as a Panel Supplier for a supplier partnership agreement. This contract is effective from 1 January 2015 and will run for a period of three years i.e. till 2018.
ARV drugs will be made at Cipla’s manufacturing facilities in India which has been approved by various international regulatory agencies.
Earlier, Cipla had played a pioneering role in supplying cheaper HIV/AIDS treatment. In 2001, Cipla was first pharmaceutical company to offer ARV drugs at a fraction of the cost in Africa. Since then, it had offered a triple combination ARV at less than a dollar a day and has treated several million patients.
Cipla has been associated with Global Fund since 2002. It also one of the suppliers of Global Fund awarded with a long-term contract to supply anti-malarial drugs.

It was established in 2002. It operates in a partnership model between governments, civil society, private sector and people to accelerate the end of diseases such as AIDS, tuberculosis and malaria.
It raises and invests nearly $4 billion annually to support its programs in more than 140 countries.