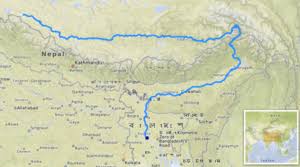 Under the 14th five-year plan that is to be implemented from 2021, China has proposed hydro power project on Brahmaputra river in Tibet. The project has been proposed by the Central Committee of the ruling Communist Party of China. The Committee prepared the fourteenth five-year plan, 2021 to 2025 and the long-term goals through 2035 of China.

The riparian states of the Brahmaputra river such as Bangladesh and India have raised concerns against the proposal.

Hydroelectric potential of Brahmaputra in Tibet

The Brahmaputra is called Yarlung Zangpo in the region. According to the Chinese, the river has the richest water resources in the Tibet autonomous region. It has a potential to generate 80 million kilowatt hours. On the other hand, the 50-kilometre section of the river’s Grand Canyon alone has potential to develop 70 million kilowatt hours which could be easily generated with just 2000 metres drop. This equals more than 3 gorgeous power stations installed in the Hubei province.

Bottomline, the Tibet region of the river has higher potential to generate hydroelectric power as compared to the other stretches of the river.

India has been consistently conveying its concern to the Chinese and has urged to ensure that Dam construction from the Chinese side does not harm interest of the downstream states. In spite of repeated insistence from India, in 2015, China operationalised 1.5 billion USD hydro power station in Tibet.

It has more than 200 million kilowatt hour of water resources. This accounts to 30% of total hydroelectric power of China.

According to China, the project will help China in achieving its carbon neutrality goal by 2060. The hydro power station has the capability to generate 3 billion USD of income annually for the Tibet autonomous region.

This was established in 2006. The twelfth meeting of the expert level mechanism was held in June 2019.

The mechanism was established to discuss issues related to transport the rivers. The countries have also signed bilateral Memorandum of understanding according to which China shall produce information of Sutlej and Brahmaputra river during the flood Seasons.