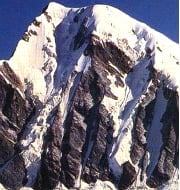 China has opened 2nd land border crossing in Tibet via Nathu La, Sikkim to allow the Indian pilgrims for Kailash-Mansarovar yatra.
The new route is in addition and alternative to the existing Lipulekh Pass route located in Uttarakhand which was only route earlier. This route was damaged in the devastating Uttarakhand floods in 2013.
The border crossing at Nathu La is located 4,000 metres above sea level. This route will facilitate comfortable travel for Indian pilgrims by buses compared to previous route.
By this route, pilgrims will be travel by bus to Shigatse in the Tibet Autonomous Region, around 1500 kms away from Nathula to reach their ultimate destination the Kailash–Mansarovar.
It should be noted that the opening of this route was officially announced during Prime Minister Narendra Modi’s visit to China in May 2015.