China celebrates the completion of its BeiDou Navigation Satellite System 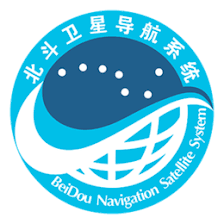 China has finally completed its BeiDou Navigation Satellite System that is slated to act as a rival to the US Global Positioning System (GPS) and will also boost the security and geopolitical clout of China. The satellite system has been commissioned by the President Xi Jinping and it completes all the 55 total satellites in the system.

This satellite is part of the third iteration of the BeiDou Navigation System known as BDS-3, which began providing navigation services in 2018 to countries taking part in China’s ‘Belt and Road’ infrastructure initiative along with others. This offers an extremely high degree of accuracy and it also offers short message communication of up to 1200 Chinese characters and the ability to transmit images.

China claims that the new satellite system will work in tandem with other satellite navigation systems but it is expected that it could ultimately compete against GPS, Russia’s GLONASS and the European Union’s Galileo networks. That is similar to how Chinese mobile phone makers and other producers of technically sophisticated hardware have taken on their foreign rivals. China may give tough competition to GPS due to its ability to guide its missiles, especially important now amid rising tensions with the US. It will also raise China’s political and economic leverage over the nations adopting this system.

China’s space program has advanced rapidly since becoming the third country only to fly a crewed mission in 2003 and it has recently launched an orbiter, lander and rover to Mars. If successful, China will become the only other country besides the US to land on the red planet. China is also constructing an experimental space station and has already sent a pair of rovers to the surface of the moon.