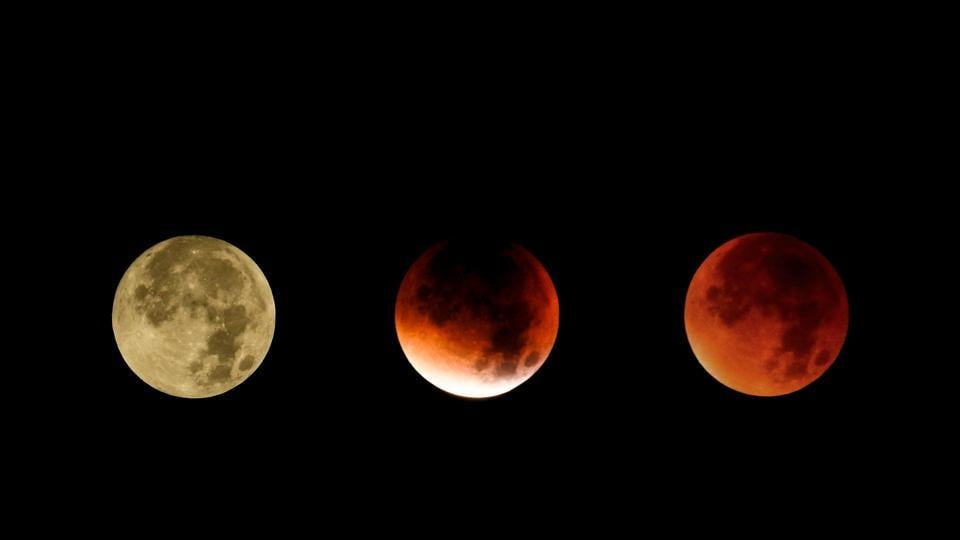 Union Ministry of Earth Sciences has announced that Century’s (2001 AD to 2100 AD)longest total lunar eclipse of 1 hour 43 minutes will occur on July 27-28, 2018. The entire eclipse will be visible from all parts of India. It will also be visible in region covering Asia, Australia, and Russia – except northern part, Europe, Africa, east of South America and Antarctica. The partial eclipse of Moon will begin on July 27, 2018. Later, Moon will be gradually covered by Earth’s shadow and totality phase will begin on July 28 and the total eclipse will last up to 2h 43m. Then the Moon will start to gradually come out of Earth’s shadow and partial eclipse will end on July 28, 2018.

In this particular eclipse, Moon will be passing through central part of Earth’s umbral shadow. During this time, Moon is located at apogee (i.e. at farthest from the Earth) in its orbit and will be moving at slower speed in its orbit. During this transition phase, it will take longer time for Moon and greater distance of Earth’s umbral shadow to travel, making it longest duration of total eclipse of this century. Such long duration of total lunar eclipses earlier had occurred on July 16, 2000 for totality duration of 1 hour 46 minutes and on June 15, 2011 for totality duration of 1 hour 40 minutes.