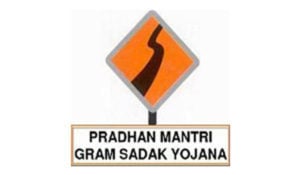 The 3rd phase of PMGSY (or PMGSY-III) involves consolidation of through routes and major rural links that connects habitations to Gramin Agricultural Markets (GrAMs), hospitals as well as Higher Secondary Schools.

Fund: to be shared in ratio of 60:40 between Centre and State for all States except for 8 North Eastern and 3 Himalayan States (Jammu & Kashmir, Himachal Pradesh & Uttarakhand) for which it is 90:10.

Parameter for Road Selection: A candidate road selection is based on sum total of marks obtained by particular road on basis of parameters of population served, educational and medical facilities, market, etc.

Memorandum of Understanding: States shall be asked to enter into MoU before launching of PMGSY-III in concerned State for providing adequate funds for maintenance of roads constructed under PMGSY post 5-year construction maintenance period.

PMGSY-III scheme was announced by Union Finance Minister in Budget Speech for year 2018-19.

CCEA in its meeting held on 9th August, 2018 approved continuation of PMGSY-I & PMGSY-II beyond 12th FYP Plan and covering of balance eligible habitations under PMGSY-I by March 2019, PMGSY-II, and habitations under identified LWE blocks (100-249 population) by March 2020.

Progress under PMGSY: Under the scheme a total of 5,99,090 Km road length has been constructed since inception till April, 2019 inclusive of PMGSY-I, PMGSY-II and Road Connectivity Project for Left Wing Extremism Area (RCPLWEA) Scheme.