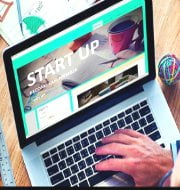 Central Board of Direct Taxes (CBDT) has created five-member special cell to address grievances of startups with relation to angel tax and other tax-related issues. It will be headed by member (Income Tax and Computerisation) of CBDT. This initiative is the latest amongst the recent initiatives taken by the CBDT to further ease the compliance issues pertaining to startups.

It will work towards redressal of grievances and mitigate tax-related issues in case of startup entities with respect to administration of Income-tax Act, 1961. Startup entities can approach the cell for speedy resolution of their grievances.

Finance Minister Nirmala Sitharaman her recent press conference had announced creation of such a cell in the CBDT and had declared exempting startups from the so-called angel tax. She had mentioned that Government has decided that section 56(2)(viib) of the Income-Tax Act shall not be applicable to a startup registered with DPIIT. She also had notified that startup having any income tax issue can approach cell for quick resolution of the same for mitigating genuine difficulties of startups and their investors.