Canada’s economy falls into a recession 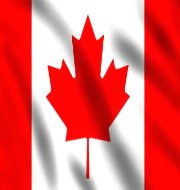 Canada’s economy has fallen into a recession for first time after global financial crisis of 2009.
Statistics Canada, nodal national statistical agency of Canada has reported that its economy i.e. Gross Domestic Product (GDP) has retreated at an annual pace of 0.5 per cent from April through June 2015.
In earlier quarter first three months of the year 2015, the economic slowdown had appeared which had felled to 0.8 per cent. Technically, two consecutive negative quarters leads to recession.
In recent situation, Canada was dragged into the economic to slow down due to external pressure of falling oil prices and economic troubles in China. In an effort to revive the economy, Bank of Canada had cut interest rates twice in year 2015.
Canada is the world’s 11th-biggest economy and the United States’ (US) biggest trading partner. The last time in 2008-09, Canada was in recession after the US housing market meltdown had triggered a global credit crisis. But, Canadian economy suffered far less damage from the financial crisis and great Recession compared to its southern neighbour.