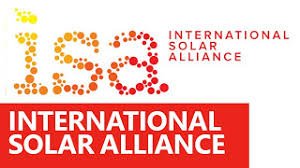 The Union Cabinet has approved signing of Host country (Headquarters) Agreement between India and International Solar Alliance (ISA). The agreement was signed between Ministry of External Affairs (MEA) and ISA in March, 2018.

The agreement gives ISA juridical personality power to contract, acquire and dispose off movable and immovable properties and also to institute and defend legal proceedings. Under it, ISA will enjoy such privileges, applicable tax concessions and immunities that are necessary for ISA’s Headquarter to independently discharge its function and programmes. It will derive its status, privileges and immunities as per Article 10 of Framework Agreement.

The agreement will institutionalize functional arrangements between India and ISA. It will help in smooth transition of ISA as international inter-governmental organization. It will lead to accelerated solar technology development and deployment in ISA member countries including India.

ISA was jointly launched by India and France in November 2015 at Paris on side lines of COP21 UN Climate Change Conference. Its Framework Agreement came into force in December 2017. It celebrated its founding day on 11th March, 2018. It is headquartered at campus of Natioanl Institute of Solar Energy (NISE), Gurugram, Harayana, making it first international intergovernmental treaty based organization to be headquartered in India.
Objectives of ISA: Undertake joint efforts required to reduce the cost of finance and the cost of technology; Mobilize more than US $1000 billion of investments needed by 2030 for massive deployment of solar energy; Pave way for future technologies adapted to needs of solar rich 121 countries lying fully or partially between Tropic of Cancer and Capricon.
ISA’s 4 ongoing programmes: Scaling Solar Mini Grids; Affordable Finance at Scale; Scaling Solar Applications for Agricultural Use; Scaling Solar Rooftop catering to the needs of solar energy in specific areas.