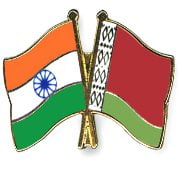 The BIT will increase investment flows between two countries. It is also expected to improve the confidence of investors resulting in increase in FDI and Overseas Director Investment (ODI) opportunities. It will also have positive impact on employment generation.
The signing and ratification of BIT will work as strategic initiative for India as Belarus is member of Eurasian Economic Union (EAEU). India has already initiated BIT text with Kyrgyz Republic and is in talks with Russia for new BIT which are members of EAEU based on Model BIT text released in December 2015.

MoU in oil and gas sector

Under it, both sides will work towards establishing cooperation in areas of upstream and downstream activities, capacity building, enhanced oil recovery, technology transfer and development of mature fields in India. It is envisaged to enhance the economic and commercial cooperation between two countries in oil and natural gas sector. It will also promote bilateral relationship between India and Belarus.

India’s relations with Belarus are traditionally warm and cordial. India was one of first countries to officially recognize Belarus as independent country in 1991. Bilateral relation between both countries is marked by broad understanding on issues of mutual interest.
Cooperation in science and technology and defence is important aspect of India-Belarus bilateral relations. Two-way bilateral trade amounted to US$ 402 million in 2016. The trade balance remains in favour of Belarus primarily on account of imports of Potash. Belarus has been supportive of India’s candidature for permanent seat at UNSC. Belarus also supported India at NSG meeting in Seoul in April 2016.