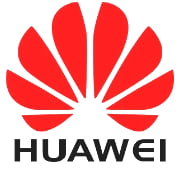 After a lot of pressure from the United States, Britain has finally taken the call that phased removal will be implemented for the Chinese telecom giant Huawei, from the 5G network of the country. This comes even after repeated warnings from China regarding the dire consequences.

Background of the ban on Huawei

In January 2020, the British PM, Boris Johnson allowed Huawei to roll out speedy 5G network in the country. But it upset the US and also some members in his own cabinet. The US also protested stating that intelligence sharing might be jeopardized if UK did not ban Huawei. There were also apprehensions that Huawei might close down operations in every country during the times of war. Amidst all these, US blocked Huawei in May and Britain came under much pressure to also follow suit.

Finally, the UK Government has conceded and blocked Huawei from rolling out the 5G network in the country. However, it will not affect the 3G and 4G networks in the country. The total removal will be complete by 2027.

Way ahead for Britain

Britain has already announced that it will work with Samsung and NEC to create a 5G club of nations that will pool their resources to create an alternative solution for the whole world. Apart from that, the UK Government is also committed to protecting Nokia from Finland and Ericsson from Sweden so that they also remain relevant in the market. However, it has to be seen if the existing players can really replace whatever Huawei equipment being used by them at present.