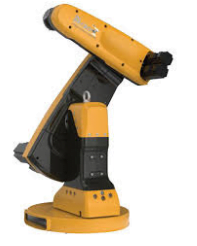 TAL Manufacturing Solutions, a wholly owned subsidiary of Tata Motors has unveiled India’s first ‘conceptualized, designed and manufactured articulated industrial robot’ called “BRABO”. BRABO stands for “Bravo Robot”.
The robot has been developed indigenously for micro, small and medium enterprises (MSME) in India. The robot is primarily developed to complement the human workforce and repeatedly perform high volume, dangerous and time-consuming tasks ranging from handling of raw materials to packaging of finished products.
BRABO was designed and manufactured at the TAL’s Pune factory. Other than the motors and drives for the Robo-arm, all the other parts of the robot were indigenously manufactured in India. BRABO has four patents registered in its name and TAL has also applied for an intellectual property (IP) certification for the robot.

The robot will be easy to install, use, program and maintain. It comes with low-cost power transmission system. It will be able to work on single phase power supply suitable for MSMEs. It has an inbuilt programmable logic controller and can act as a virtual controller for simulation.

Articulated robots are those that are fitted with rotary joints. They can have one or more rotary joints depending upon their function. Rotary joints will allow for precise movements and hence increases the capabilities of the robot.