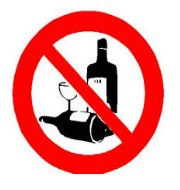 Bihar Government has banned the sale of country-made liquor and spiced liquor throughout the state in the first phase.
Person found indulging in manufacturing trade, transportation, sale and consumption of country-made and spiced liquor across the state will be punished under the stringent provisions of the Bihar Excise (Amendment) Act, 2016.
The Act has various stringent provisions including awarding ‘capital punishment’ for those who manufacture and sell illicit liquor that causes death.
However this ban will be not valid to Indian Manufactured Foreign Liquor (IMFL) sold in Municipal and Town Council areas through retail outlets of the Bihar State Beverage Corporation Limited. However state government is also planning to ban the sale of foreign liquor in the second phase.
SHOs across the State would be only responsible for ensuring total ban on production, sale and consumption of country-made liquors.  In case of violation, SHOs would be immediately suspended and even its revocation may not guarantee posting on the same job for six months.