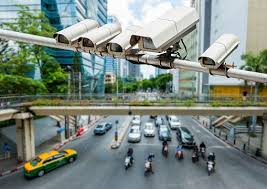 The Bihar government has launched Safe City Surveillance Scheme for checking crime against women. It aims to bring all major public places under watch of close-circuit television (CCTV) cameras and improve overall crime control in the state.

The scheme has been launched in a phase-wise manner, will commence from capital city Patna. It has specially launched for checking crime against women, such as harassment, eve-teasing and molestation, snatching incidents and roadside scuffles etc. It will also help in keeping a track of miscreants.
The scheme will bring all major public places under the watch of CCTV cameras. These will used for crime control as well as traffic management. Bihar home department will be nodal agency for implementation of the surveillance scheme.
The network of CCTV cameras under this scheme will be connected to control room, where it will be monitored round the clock by policemen. Those in control room will coordinate with their counterparts in field and police stations and also alert them about any incident in their area.