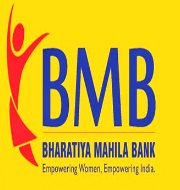 Bharatiya Mahila Bank (BMB) has won The Asian Banker Achievement Award 2015.
The award was presented to the BMB in the Technology Implementation category of Best Outsourcing Project (New Bank).
Usha Ananthasubramanian, Chairman and Managing Director of BMB received the award at a function held in Hongkong as a part of The Asian Banker Summit 2015.