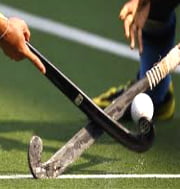 Belgium Hockey team won their first ever Word cup title on 16th December 2018 after they defeated The Netherlands in sudden death. Belgium, which also won a silver medal in Rio Olympics 2016, made history by beating the opponents by 3-2 in the penalty shoot-out after finals ended without any goal.
Belgium hockey team registered its second biggest international title after winning a silver medal in Rio Olympics silver in 2016 and ending up second in the 2017 Euro Hockey Championships.
About Hockey World Cup 2018:

What is DDoS Attack?

The Press Information Bureau held a webinar in order to recognize the incredible journey of the hand...