Belgium ends the year as No. 1 in FIFA global rankings 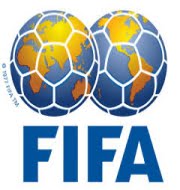 Belgium Football team came at number one position in the end-of-the-year FIFA global rankings. Belgium managed to stay at the top with one point more than the current World Champions France.  Belgium has 1727 points in the rankings whereas France which came at second rank has 1726 points. France had beaten Belgium in the semi-finals of the FIFA World Cup 2018 to reach the finals.
Brazil came at third rank with 1676 points. Croatia has been ranked at the fourth spot and England claimed the fifth rank. Portugal came at 6th and Uruguay at 7th rank in the rankings. Switzerland, Spain and Denmark complete the Top 10 teams by claiming 8th, 9th and 10th spot respectively.
The teams of Argentina,  Germany and Italy bagged the 11th, 16th and 18th rank and finishes the year outside the top 10. France has been adjudged as the 2018’s Best Mover team by FIFA. The football team of Kosovo, which is ranked 131st in the list, are the year’s biggest climbers as Kosovo moved up 46 places in the rankings in 2018.
FIFA or International Federation of Association Football conducts football’s major international tournaments including FIFA the World Cup. FIFA was founded in 1904 and has its Headquarters in Zurich. It is to be noted that the rules of football are set by the International Football Association Board and not FIFA.