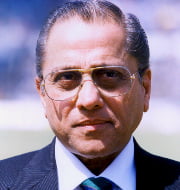 Board of Control for Cricket in India (BCCI) President Jagmohan Dalmiya passed away in in Kolkata, West Bengal. He was 75.
As a cricket administrator, he is hailed as the architect for the rise of Cricket in India and its financial superpower.