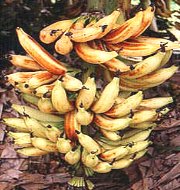 The major banana growing regions of Andhra Pradesh and Telangana were severely hit. This was mainly because the importing countries have gone for lockdown, especially Iran.

The price of a tonne of banana that used to be between Rs 13,000 and Rs 14,500 has come down to Rs 8,000. With the exports being stopped, the local markets are flooded with bananas. This has reduced the prices of the fruits greatly.

About Banana Cultivation in India

Banana is usually intercropped with vegetables and flower crops such as cabbage, cauliflower, radish, chilly, spinach, brinjal, marigold and gourds.