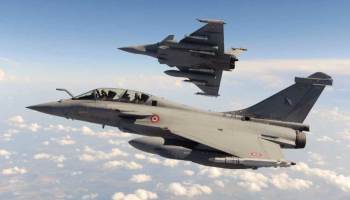 India and Russia joint air exercise Aviaindra 18 was held in Lipetsk, Russia from September 17 to 28, 2018. The second session of Aviaindra 18 will be conducted in Jodhpur, Rajasthan (India) from December 10 Dec to 22, 2018

Exercise Aviaindra is Air Force level exercise between India and Russia. It was conducted for first time in 2014 and since then it is conducted bi-annually (twice a year) in both countries. The aim of this exercise is focused towards anti-terrorist operations in bi-lateral scenario. It also seeks to further enhance co-operation and understanding between Air forces of both countries in each other’s Concept of Operations.
Aviaindra-18 saw participation of Indian Air Force (IAF) contingent comprising of 30 officers from different branches and streams of IAF including four women officers of Flying, Admin and Medical Branch. IAF’s aircraft that participated in the exercise included Su-30 SM, Mig-29, Su-25, Mi-8 and An-26. Apart from flying exercise, formal interactions, discussions, exchange of ideas and friendly sports matches were also held to enhance bonhomie between two Air Forces.