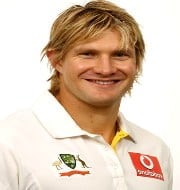 Veteran all-rounder cricketer Shane Watson from Australia has announced his retirement from International Test cricket.
His decade long Test career came to an end at the Ashes opener at Cardiff, which England won by 169 runs. In this match Watson had made 30 runs and failed to take a wicket.