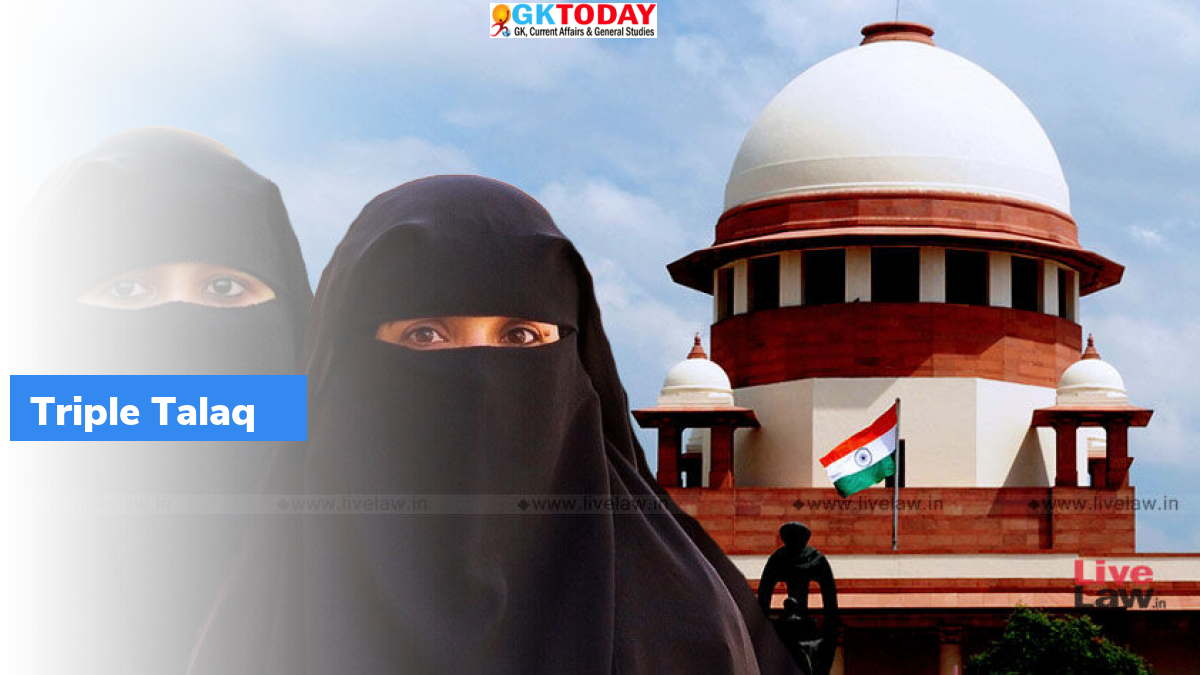 Muslim Women Rights Day was observed on August 1 in India.

Year 2021 marks second anniversary of triple talaq bill which is officially called as Muslim Women Act (Protection of Rights on Marriage) passed in the Rajya Sabha.

Why this date is regarded as ‘Muslim Women Rights Day’?

The Triple Talaq law made ‘triple talaq’ a criminal offence. This law is considered as a crucial step because it ensured protection of Muslim women against gender inequality and empowerment by lawfully criminalising practice of instantaneous ‘talaq’. Hence this day is observed as Muslim Women Rights Day. This law seeks to promote women’s self-reliance, self-respect, and boost self-esteem because it strengthens fundamental and democratic rights of Muslim women.

As per the Triple Talaq Act, declaration of talaq would be treated as a cognizable offence. Law provides for imprisonment of 3 years imprisonment along with a fine.

Success of the law

Ever since the law was passed, there has been a reduction in Triple Talaq cases by 82 per cent.

Which countries have banned triple talaq?