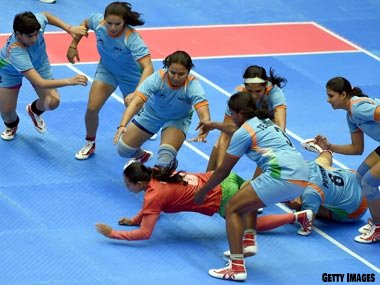 Kabaddi in India and the World

Kabaddi is a contact sport whose origins are believed to be in South India, though now the game is popular throughout South Asia. It is also the national game of Bangladesh and Nepal, not to mention the State Game of Tamil Nadu, Andhra Pradesh, Telangana, Maharashtra, Bihar and Punjab.

KFI (Kabaddi Federation of India) was founded in 1950, and its most significant contribution was the compiling of a standard set of rules. AKFI (Amateur Kabaddi Federation of India) was established in 1973 and AKFI has modified the rules for kabaddi.
Kabaddi at the international level is governed by the International Kabaddi Federation (IKF), which was formed in 2004. 31 national associations are members of IKF, including India. The founding President of KFI was Jarnardhan Singh Gehlot, who was the President of AKFI for 28 years and was also made its life President in 2013.