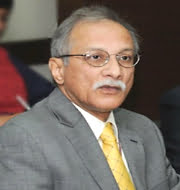 Union Government has appointed former IAS officer Ashish Bahuguna as the chairman of the Food Safety and Standards Authority of India (FSSAI).
He will have tenure of three years. He is an IAS officer 1978 batch of Rajasthan cadre and had retired in February 2015. Prior to retirement, he was Agriculture Secretary.
The position of chairman of FSSAI was lying vacant since January 2015 after the tenure of then chairman K Chandramouli ended. During this vacancy, Health Secretary Bhanu Pratap Sharma was temporarily in-charge of the post.

About Food Safety and Standards Authority of India (FSSAI)