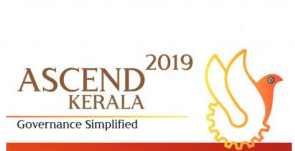 ASCEND 2019 is an ambitious initiative of the Kerala government to position the state as an investment hotspot. Union Minister of Commerce & Industries and Civil Aviation Suresh Prabhu was the chief guest at the opening ceremony of the day-long conclave, ASCEND 2019.

ASCEND 2019 aims to make Kerala a top investment destination and empower entrepreneurs to launch their enterprises in a speedy and hassle-free manner. The important aspects of the ASCEND 2019 are:

The two-day conclave would be attended by the leading lights from industry and businesses.