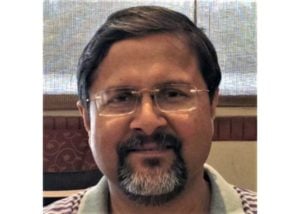 The Appointment Committee of Cabinet (ACC) headed by Prime Minister Narendra Modi has approved appointment of senior IPS officer Arvind Kumar as Director of Intelligence Bureau (IB) for a fixed tenure of two years. He will succeed Rajiv Jain whose tenure comes to an end on 29 June 2019.

He is 1984-batch IPS officer from Assam-Meghalaya cadre. He has been working with IB since August 1991 and has also served in Indian Embassy in Moscow, Russia.

Prior to this appointment, he served as Special Director in IB and his job involved supervising administrative and personnel desks.

He is considered to be an expert on Kashmir and Naxal issues. He is the second most senior officer in IB after Rajiv Jain.

He is a recipient of President Police Medal for Distinguished Service.

It is India’s internal intelligence agency. It functions under the aegis of Union Ministry of Home Affairs.

It was established in 1887 by British India Government and later recasted as the Central Intelligence Bureau in 1947.

It is headquartered in New Delhi.