Arvind Krishna appointed as the new Chairman of IBM 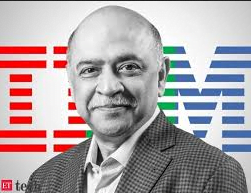 International Business Machines Corporation (IBM) has appointed Indian-American Arvind Krishna as its new Chairman. The 57-year-old leader is currently serving as the head of the ‘Cloud and Cognitive software unit’ of IBM.

He is known for playing an instrumental role in the acquisition of Red Hat by IBM, undertaken last year. He has also led the development of several advanced technologies by IBM including cloud and quantum computing. He replaces the long-time female CEO of IBM, Virginia Rometty, who will continue to serve as the company’s executive Chairman.