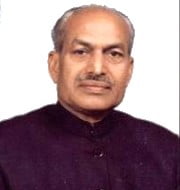 Former Army Chief General Kotikalapudi Venkata Krishna Rao, passed away in New Delhi following a cardiac arrest at the military hospital. He was 92.
He was the 14th Chief of the Army Staff of Indian Army and had played a key role in the 1971 Bangladesh Liberation War.