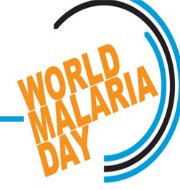 Theme: Zero Malaria Starts with me

The World Malaria Day is marked to mobilize resources to control Malaria, to keep Malaria high on political agenda and to empower communities to prevent malaria.

Between 2000 and 2014, the number of people that died of Malaria fell by 40% worldwide. However, the World Malaria Report, 2019, says that more than a billion people died of malaria in 2018. Malaria remains a potential threat to the poor and the vulnerable.

Global public Health Campaigns of WHO

Malaria is one of the eight global public health campaigns that are marked by the WHO. The other 7 campaigns are World Tuberculosis Day, World AIDS Day, World Hepatitis Day, World No Tobacco Day, World Immunization Week, World Blood Donor Day and World Health Day.