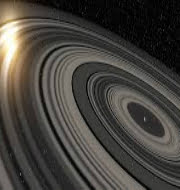 Astronomers have discovered a star that is 11.2 billion years old and has at least five Earth-size planets.
It was discovered by team of astronomer’s after analyzing data from NASA’s planet-hunting Kepler spacecraft for over four years.
Key findings