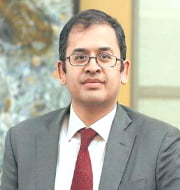 Flipkart-owned online and mobile fashion store Myntra has appointed Ananth Narayanan as its chief executive officer (CEO).
He will succeed Flipkart’s co-founder Mukesh Bansal who is currently serving as the head of company’s commerce platform. He will start working from October 2015 from Myntra’s headquarters located in Bengaluru and will directly report to the Myntra board.
Prior to this appointment, Narayanan was serving as Director of McKinsey and was leading its product development in Asia and its Automotive Practice in India.
He was also associated with McKinsey’s for 15 years and had worked across its four offices in Chicago, Shanghai, Taipei and Chennai.
It should be noted that, Flipkart had acquired Myntra in May 2014 for more than 300 million US dollars.