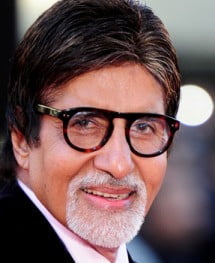 Bollywood megastar Amitabh Bachchan will be honoured with India’s highest award in cinema, the Dadasaheb Phalke Award for the year 2018. He will be conferred the prestigious film honour for his ‘outstanding contribution for the growth and development of Indian cinema’. The award comes in the year that marks Amitabh Bachchan’s golden jubilee (50 years) in cinema. The announcement in this regard was made by Minister of Information & Broadcasting Prakash Javadekar.

He made his debut in 1969 with film ‘Saat Hindustani’.

For past five decades he is one of the most influential figures in Indian cinema.

In 2007, the French Government conferred upon him with France’s highest civilian honour- ‘the Knight of the Legion of Honour’, for his exceptional career in the world of cinema and beyond.

He has also been conferred with 4 national awards and 15 filmfare trophies.

It is country’s highest film honour. It was introduced by government in 1969.

In 2018, at 65th National Awards, Vinod Khanna was posthumously honoured with Dadasaheb Phalke Award 2017 for his priceless contribution to cinema.

In April, 2021, Ministry of Information and Broadcasting announced that the 51st Dadasaheb Phalke aw...

The International Federation of Film Archives (FIAF) and worldwide organisation of film archives and...

Veteran Bollywood actor and filmmaker Imtiaz Khan recently passed away in Mumbai at the age of 77. H...