American bumblebee could be declared endangered 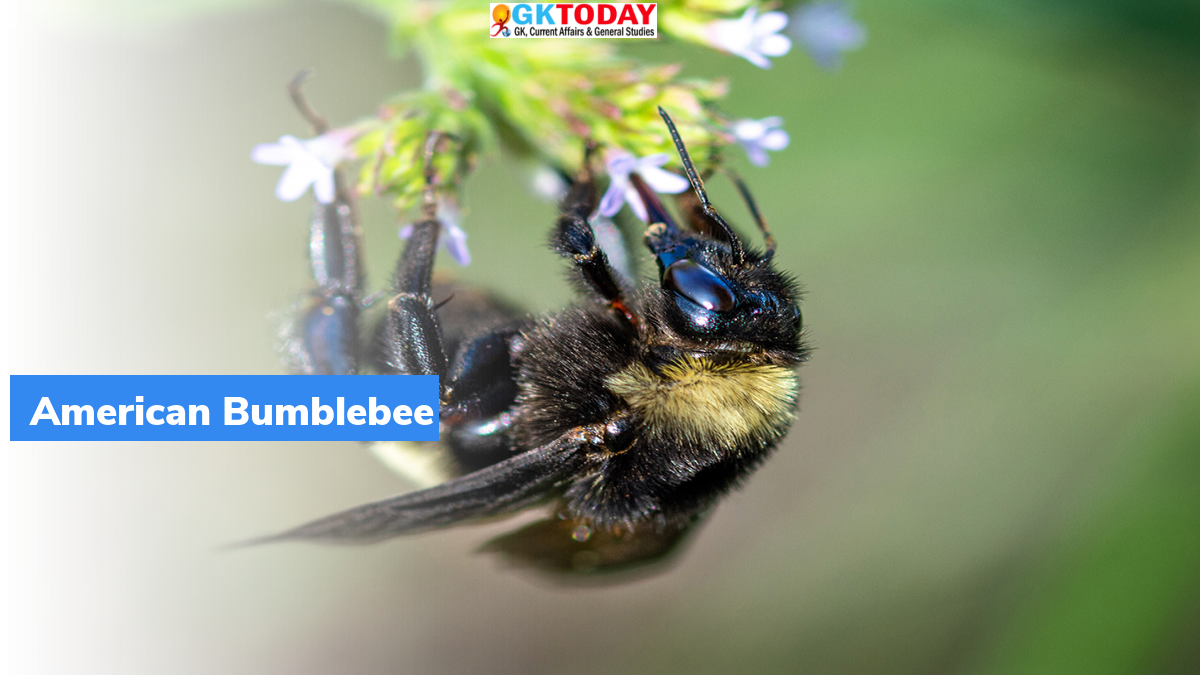 According to US Fish and Wildlife Services, the American bumblebee population has decreased by 89% in past 20 years, and it could be declared as “endangered species”.

This announcement was made in the backdrop of a petition of August 2021 that was filed in support of listing made by “Center for Biological Diversity (CBD)” and Albany Law School student group named as “Bombus Pollinator Association of Law Students”.

As per CBD, the American bumblebee has completely vanished across eight states namely Rhode Island, Maine, New Hampshire, Idaho, Vermont, North Dakota, Wyoming and Oregon in the North America. Its population has also declined by 99% in New York. In other 19 states in Southeast & Midwest, its population has declined by 50%.

Why its population has declined?

According to CBD, population of American bumblebee has decline due to habitat destruction, climate change, exposure to disease & pesticides, loss of genetic diversity along with competition with the non-native bees.

This species is scientifically called as Bombus pensylvanicus. It is a threatened species of bumblebee and is a native to North America. It is also found in eastern Canada, eastern United States, and Mexico. The species live and nest in open farmland & fields. It feeds on food plants like favouring sunflowers & clovers.