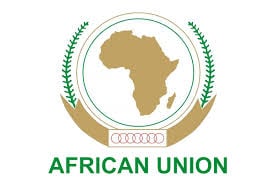 The African Union (AU) suspended Sudan until establishment of a civilian-led transition to democracy and also demanded to resolve an entrenched and bloody crisis. The decision was taken at AU’s peace and Security Council meet in Addis Ababa, (Ethiopia’s capital).

What is ‘Sinatra Doctrine’?

The Central and Eastern Europe (CEE) member countries have accepted the “Sinatra Doctrine” as a ...

The European Parliament has declared whole of the European Union as “LGBTIQ Freedom Zone”...

The European Union has released its plan called “2030 Digital Compass Plan”. This plan was put f...

The parliament of Australia has passed the landmark legislation called the “News Media and Digital...

The 11th India-European Union macroeconomic dialogue was held in the virtual mode on February 19, 20...

The Prime Minister of Italy, Mario Draghi, has put the climate change at the centre of his plans to ...

The 1st High Level Dialogue (HLD) on Trade & Investment was held between India and European Unio...