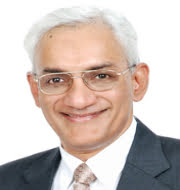 The Advertising Agencies Association of India (AAAI) conferred its Lifetime Achievement Award on famous adman Srinivasan K.Swamy.
Mr. Swamy is popularly known as Sundar. He is a veteran in the advertising industry and has almost four decades of rich experience.

AAAI’s Lifetime Award: It was instituted in 1988. It is the highest recognition bestowed on an individual in India for outstanding contribution to the advertising industry.