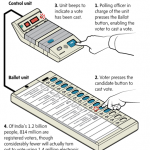 68th Plenary session of North Eastern Council (NEC) was held in Guwahati, Assam on 8- 9 September 2019. Plenary session was inaugurated by Union Home Minister Amit Shah. All Governors and Chief Ministers of 8 north eastern states and senior officials from states and key Union Ministries also attended the meet. They suggested on increasing the scope of NEC’s interventions in Region and improving funds flow to states.

Home Minister asserted that Article 371, which provides special provisions for North Eastern states, will not be tampered with.

He stressed that development of North East is priority of NDA government and stressed to resolve border disputes among North Eastern states through dialogue.

He also highlighted some of the key areas in which Union Ministries have taken initiatives includes- upgradation of airports, increasing air connectivity of north east region with South-East Asian (SEA) countries, strengthening broadband network and mobile connectivity especially in uncovered villages in areas along international border.

He appealed all militants’ outfits in north eastern states to shun violence and assured to welcome them into mainstream but at the same time also cautioned that zero tolerance policy against terrorism will be continued. He termed North East as storehouse of varied culture and several languages and dialects.

There were deliberations on progress made in various projects funded by NEC, outlays by Central Ministries in North Eastern Region and plans for period beyond March 2020, when 14th Finance Commission era comes to an end.

Decisions and recommendations of NEC Plenary will be sent to various Ministries and departments of Central and state governments for taking appropriate action.

It is a regional planning body and a resource centre. NEC has been given its highest budgetary allotment of Rs.1476 crore for year 2019-20, therefore it could play a major role in guiding states towards achieving goal of development at par with the rest of India. Home Minister announced that NEC will earmark 30% of its fund for focussed funding of priority areas and deprived sections of society in North East.

NEC’s Vision and Objective: Includes creation of shared infrastructure, setting up of shared institutions and finding & pursuing common interests for all 8 states.