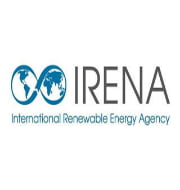 The 5th General Assembly of the International Renewable Energy Agency (IRENA) has began in Abu Dhabi.
Government leaders from more than 150 countries including India and representatives from more than 110 international organizations are taking part in this two day meet.
5th meet of IRENA seeks to address global issues like enhancing the share of renewable energy in the overall energy mix and to tackle global challenges like climate change, energy access and energy security.

It is an intergovernmental organization to promote adoption and sustainable use of renewable energy. It is the global hub for renewable energy cooperation and information exchange within its member nations.
It was founded in 2009 and its statute entered into force on 8 July 2010.
Headquarters: Abu Dhabi.
Members: In total it has 138 Members. India is one of the 33 Permanent members of IRENA.