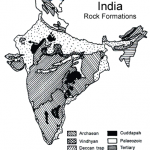 In a first of its kind symbolic effort by India, Prime Minister Narendra Modi inaugurated a 50 kilowatt ‘Gandhi Solar Park’ at the Headquarters of United Nations (UN). The gesture highlights India’s willingness to go beyond the talk on climate change.

World leaders including Bangladesh Prime Minister Sheikh Hasina and President of South Korea Moon-Jae-in were also present at the occasion in New York, US. The leaders also launched a United Nations (UN) postage stamp of Mahatma Gandhi, at a special event- ‘Leadership Matters: Relevance of Gandhi in the Contemporary World’ in the Economic and Social Council (ECOSOC) Chamber in UN Headquarters.

At a contribution of about $1 million, India has gifted solar panels that have been installed on the roof of UN Headquarters. There are total 193 panels in this roof-top solar park, with one panel each for every 193 UN Member State.

The solar panels are powered up to reach max of 50 KW of power generation. The energy generated in park is equivalent to energy that would have been created through use of 30,000 kilograms of coal. It also has a carbon sequestration of 1000 seedlings which will grow into trees over a period of 10 years.