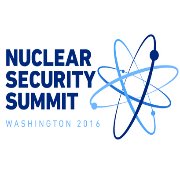 The fourth edition of Nuclear Security Summit (NSS) began in Washington, United States to discuss a gamut of issues pertaining to nuclear security.
In this edition of summit, heads of about 53 countries and representatives of five international organisations including the UNO, International Atomic Energy Agency (IAEA), European Union (EU), Interpol  are taking part.
India is being represented by Prime Minister Narendra Modi in the two-day summit. The fourth summit is the last summit under the current format and also under the presidency of Barack Obama.
Key facts