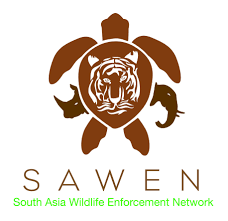 The fourth meeting of South Asia Wildlife Enforcement Network (SAWEN), an inter-governmental wildlife law enforcement agency was in Kolkata, West Bengal (India) from May 8-10, 2018. It was first meeting of SAWEN to be held in India since its inception in 2011.

The two-day conference was attended by representatives of seven (excluding Pakistan) out of eight member countries. Six proposals, including tracking of wildlife smuggling route, review of existing laws and structure for the organisation were tabled during the meeting. Participating countries also adopted many resolutions to curb wildlife crime in the region. They agreed on having operational framework for strengthening the regional body to combat wildlife crime.