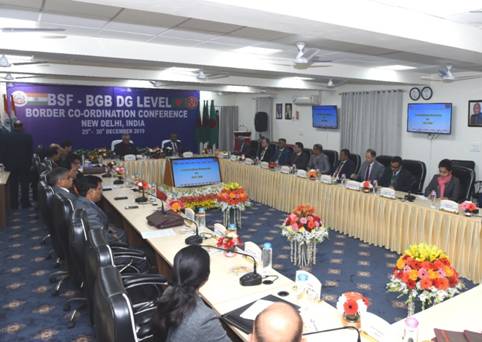 The high-level border talks between India and Bangladesh was held between December 25, 2019 and December 30, 2019 in New Delhi. The talks were attended by the Border Guarding Forces of India and Bangladesh. The countries expressed their satisfaction reflecting friendly cordial relations between them.

The major issues that were discussed during the meet include smuggling of gold, drugs, fake currency and cattle. The meeting also discussed about the construction of fence within 150 yards of the International Border. The border guarding forces also discussed about human trafficking and illegal immigration. The issues related to border security grid was also discussed.

The border security talks between India and Bangladesh are held twice a year, once in India and once in Bangladesh.