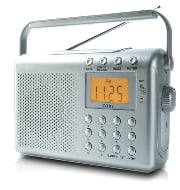 The third phase of e-auction of Frequency Modulation (FM) Radio has fetched around 395 crore rupees of the first day of auction.
In this phase, first batch of 135 channels of 69 cities which are part of the private FM Radio Phase III expansion were auctioned. In all 26 bidders were allowed to participate in the auction.
The bidding took place in 4 rounds on the first day and as many as 78 Channels spread over 54 cities provisionally had won the bidding. It fetched cumulative price of around 395 crore rupees against the aggregate reserve price of about 357 crore.
It should be noted that, the ongoing auction of III phase FM Radio Channels is a Simultaneous Multiple Round Ascending (SMRA) e-auction. It was conducted online from Auction Control Room No. 404 B Wing, Shastri Bhawan in New Delhi.