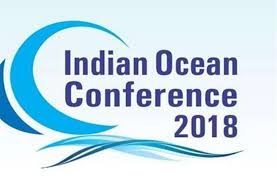 The third edition of Indian Ocean Conference was held in Hanoi, capital city of Vietnam from 27-28 August 2018. It was inaugurated by External Affairs Minister Sushma Swaraj and her Vietnamese counterpart Pham Binh Min, Deputy Prime Minister and Minister of Foreign Affairs of Vietnam.

The third edition of the Conference was organised by India Foundation in association with Diplomatic Academy of Vietnam, S Rajaratnam School of International Studies (RSIS), Sri Lanka and Bangladesh Institute of International and Strategic Studies. Its theme was “Building Regional Architectures”. Tt will see participation from around 35 countries and have speakers from 25 countries.

It has been initiated by Delhi based think tank India Foundation along with its partners from Singapore, Sri Lanka and Bangladesh. It is annual conference that aims to bring together Heads of States/Governments, Ministers, thought leaders, scholars, diplomats, bureaucrats and practitioners from across the region on a single platform. So far, two successful editions of conference were hosted in 2016 and 2017 in Singapore and Sri Lanka respectively. Both Conferences were supported by Ministry of External Affairs (MEA) of India and had seen participation from over 35 countries.