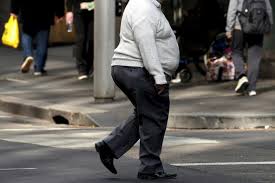 According to recent study published in Lancet Global Health journal, at least 34% of India’s population is insufficiently active. The levels of insufficient activity were higher among women at 48%, while prevalence was 22 %among men. The study was undertaken by researchers from World Health Organisation (WHO). It was based on self-reported activity levels, including activity at work and at home, for transport, and during leisure time in adults aged 18 years and older from 358 population-based surveys in 168 countries.

Cities needed to be more walk friendly and more opportunities for physical activity in public open spaces and parks in workplaces need to be created. The recommended levels of physical activity are at least 150 minutes of moderate-intensity or 75 minutes of vigorous-intensity physical activity per week. It is also necessary to promote and improve women’s access to opportunities that are safe, affordable and culturally acceptable to address inequalities in physical activity levels between men and women. WHO Global Action Plan on Physical Activity (2018-30) provides selection of policy options targeting different settings and population groups that can be adapted and tailored to local contexts in all countries.