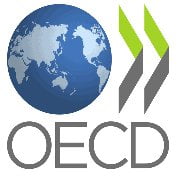 31 Organisation for Economic Co-operation and Development (OECD) members have signed corporate tax avoidance agreement in a bid to stem fiscal (tax) evasion by multinational companies (MNCs).
The new agreement is about sharing information between members rather than a new tax law. Under it, signatory members have to share information on tax issues of MNCs. It will primarily focus on country-by-country tax reporting of MNCs between members.
Comment

About Organisation for Economic Co-operation and Development (OECD)