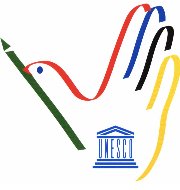 World Press Freedom Day (WPFD) is being observed on 3 May every year across the world to raise awareness of the importance of freedom of the press.
This day also seeks to remind governments their duty to respect and uphold right to freedom of expression enshrined under Article 19 of 1948 Universal Declaration of Human Rights.
2016 Theme: “Access to Information and Fundamental Freedoms – This Is Your Right!”
Observing this day marks an opportunity to

2016 WPFD is significant because coincides with three important milestones: (i) 250th anniversary of world’s first freedom of information law which covers both modern-day Sweden and Finland. (ii) 25th anniversary of adoption of the Windhoek Declaration of press freedom principles in 1991. (iii) First year of the adaptation of new Sustainable Development Goals (SDGs) in its 15 year life-cycle.
Background